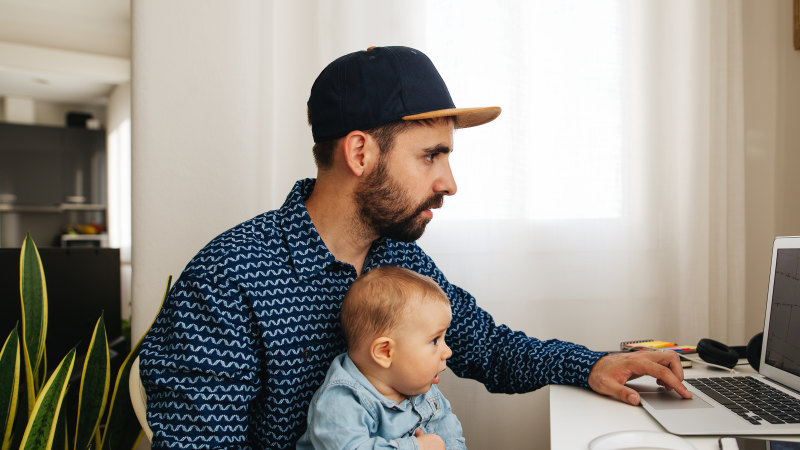 Today I’m writing instead about men and the consequences they face when they contravene the ingrained perception of what it is to be an ideal worker.

These consequences have been exposed in new research by Associate Professor David Pedulla, a sociologist at Stanford University. His findings have just been published in his latest book, Making the Cut, from which the quotations throughout this column have been sourced.

He interviewed dozens upon dozens of managers tasked with determining who gets hired in their organisations. He discovered men are penalised for violating “a particular form of masculinity”, namely that of a breadwinner, the one who provides for his family financially and materially. Men violate that stereotypical masculinity first and foremost by working part time.

That’s because “part-time employment is heavily feminised”. It’s common for women to work reduced hours but it raises an eyebrow when men do it. As an example, one interviewee – a recruitment manager – rhetorically asked: “What type of a grown man doesn’t have a full-time job?”

Both of those decision-makers are women.

The problem for men with a history of part-time employment is they’re rarely given a chance to explain why that was the case. As Dr Pedulla concludes, “one way that employers make sense of part-time employment is by drawing on the stereotypes and cultural beliefs about the gender of the worker to weave a narrative” about that individual. Oftentimes, a negative narrative.

That narrative is supported by a field experiment he conducted whereby he sent 4800 resumés that were identical except some made it clear the applicant’s employment history contained part-time work. He found female candidates were twice as likely to receive callbacks than men. In fact, men were just as unlikely to be called back for an interview as the long-term unemployed.

That means being without a job for a long period of time leaves men no worse off, from a hiring perspective, than if they had been employed on a part-time basis.

And it’s not just about feminine versus masculine working patterns. It’s also about perceptions men are “lazy, uncommitted and limited in their ambitions” simply by working fewer hours irrespective of whether their lack of full-time employment has been voluntary or involuntary.

In a world where men are rightfully encouraged with greater frequency and intensity to assume a greater share of caregiving and household responsibilities, it’s a real handbrake on this movement that, by doing so, they’re contravening the entrenched model of an ideal worker, one of “constant availability and the prioritisation of work above all else” – basically one that’s male.

Could Putin’s War Crash the U.S. Economy? – The Ringer

As Lebanese cry for justice, politics paralyzes the system | National/World