Home Markets Wall Street is gearing up to buy your house – and lease... 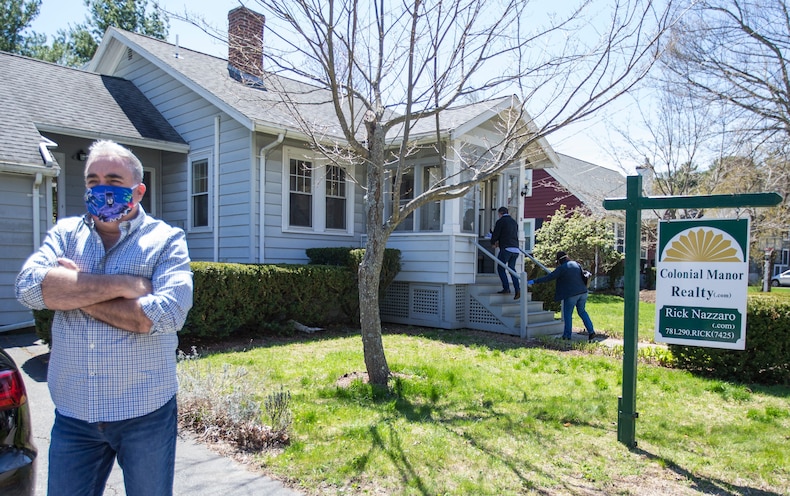 Blake Nissen for The Boston Globe via Getty Images

A growing group of Wall Street owners of single-family rental homes have ramped up their fundraising in anticipation of the millions of Americans who could be forced to turn over or sell their homes amid the financial stress of the pandemic.

Some firms have focused on a growing niche in the business that seeks to offer homeowners a different proposition, the chance to stay put while tapping the cash locked in the value of their home.

The four year old firm, EasyKnock, has established itself as a name in so-called “sale leaseback” transactions, in which homeowners sell the company their property, then rent it back.

Read more: Salesforce could take a charge of $100 million as it ‘reimagines’ its office situation, and it’s a sign of how commercial real estate will be upended after the pandemic.

EasyKnock’s CEO, Jarred Kessler, told Business Insider that a financial partner recently committed to provide it with a credit line that will allow it to acquire $500 million of homes, a sum that would more than triple its current portfolio, which is nearly $200 million in size.

Kessler declined to name the partner, but described it as an “institutional lender.”

“We’re trying to be the first mover in the sale-leaseback side of the business,” Kessler said. “It’s the biggest audience and the most underserved part of the market.”

The entry of large, corporate investors into the business of owning and renting single-family suburban homes gained traction in the aftermath of the financial crisis a decade ago, which ushered a wave of foreclosures and brought home prices crashing down.

Major players in the industry, such as Invitation Homes, American Homes 4 Rent, and Tricon, have since grown into multi-billion dollar companies with portfolios totaling tens of thousands of homes.

Sale-leaseback deals have been seen as a more palatable option for some homeowners in financial distress, or who might not otherwise want to sell.

Richard Hill, an analyst at Morgan Stanley who covers the single-family rental sector, said that large players in the industry could look to sale-leaseback deals as a way, for instance, to attract aging homeowners who need to tap into their equity for retirement or healthcare spending.

See also: Jared Kushner’s name is so radioactive that some developers and investors say they’re avoiding deals with him and his family’s company, while others report they’re getting penalized for past partnerships.

“The equity in their home, it’s their retirement nest egg,” Hill said. “There are 12 million single-family rental homes that have to be sold in the next decade as their owners age out. That’s a huge bundle of homes that these large owners can take advantage of, in part through sale-lease back deals.”

Invitation Homes, the largest single-family home landlords with about 80,000 properties, has stated in recent months that it will seek to add sale-leaseback transactions to its pipeline of acquisitions.

“We talked about sale-leaseback in the past, and that’s an area that we’re really focused on,” Dallas Tanner, the company’s president and CEO, said in its third quarter earnings call on October 29.

Growth has been a priority for single-family home giants in a race to achieve the economies of scale renovating and managing properties necessary to enhance profitability. Hill said there are about 15.5 million single-family homes in the rental market nationally. Major owners presently control about 2-3% of that pool, he estimated, a much smaller share than their counterparts in the multi-family apartment sector.

“There’s a tremendous opportunity for them to scale,” Hill said.

Have a tip? Contact Daniel Geiger at dgeiger@businessinsider.com or via encrypted messaging app Signal at +1 (646) 352-2884, or Twitter DM at @dangeiger79. You can also contact Business Insider securely via SecureDrop.

Hi-Tech Gears (NSE:HITECHGEAR) Will Want To Turn Around Its Return Trends

My union will no longer rely on Labour – fighting for our members must...