Elon Musk has earned nearly $US800m ($1.2 billion) in shares as part of an unprecedented performance-related pay package for the Tesla founder.

The electric carmaker’s chief executive, who recently announced that he was ridding himself of many of his worldly possessions, agreed to forego an annual salary in 2018 in exchange for the share award scheme. He is now eligible for the first tranche of discounted Tesla shares after the company hit a series of performance milestones, according to a filing with the US Securities and Exchange Commission. 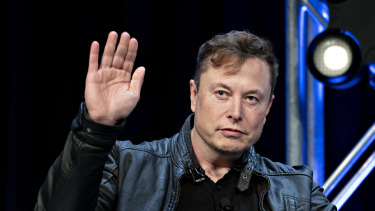 Elon Musk’s bet on himself has paid off.Credit:Bloomberg

“In particular, 2019 was a record-setting year for Tesla’s annual revenues, year-end cash balance, vehicle production and deliveries, and energy storage deployment,” Tesla’s board said in the filing.

Tesla shareholders will be asked to endorse the compensation at an annual meeting of investors in early July.