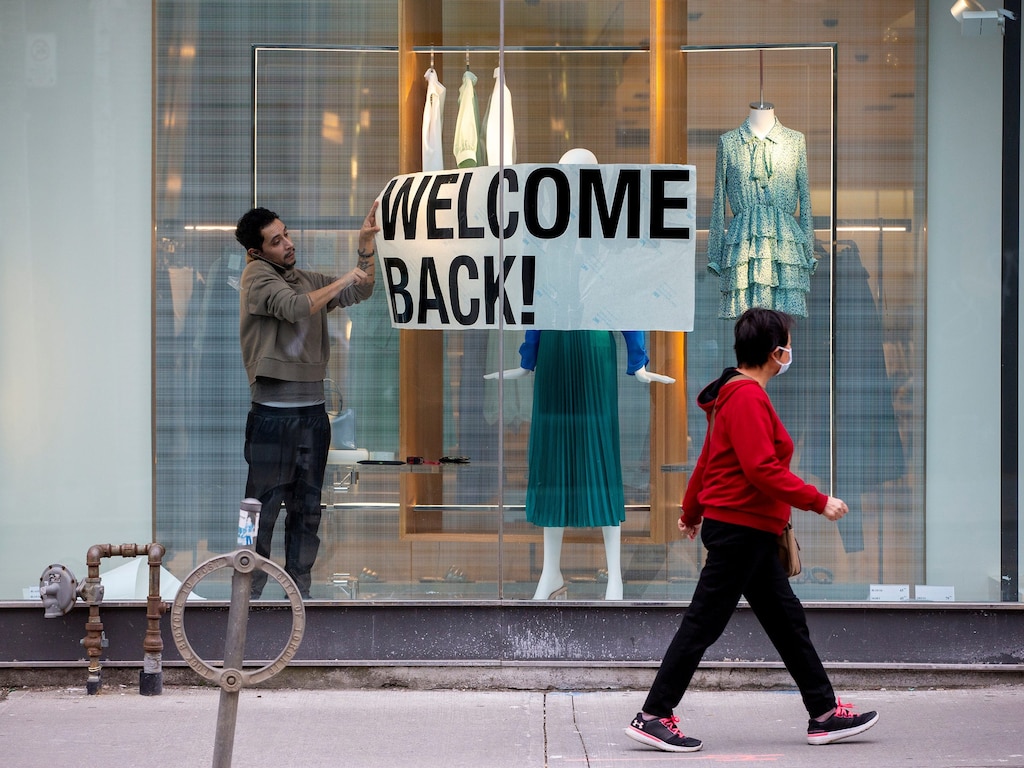 The coronavirus pandemic in the US is far from over, if a Friday report from Morgan Stanley is any indication.

States that are reopening are seeing new outbreaks, and total cases will likely reach 2.3 million — an increase of more than 20% from the current level — according to Morgan Stanley’s biotechnology researchers.

Morgan Stanley has repeatedly raised its estimates for the size of the US coronavirus outbreak, as governments failed to meet its expectations for more aggressive lockdowns and testing. As of last month, it expected 1.4 million cases, up from its forecast for 200,000 in March.

The overall curve of new cases per capita has also not shot downward like it has in other countries, according to the report. Countries like Germany and South Korea have adopted stricter containment measures.

That puts the US at risk for an earlier “second wave” of outbreaks in the fall, the firm said, when flu season already tends to overwhelm the healthcare system, depending on the virus strain.

“We are becoming increasingly concerned that the US will not be able to drive the virus to the low levels in other countries and this risks an earlier second wave compared to other Western Nations,” the researchers wrote in Friday’s analysis.

Read more: Morgan Stanley just released a comprehensive timeline of the coronavirus outbreak. Here’s when analysts think the US will increase testing, get a vaccine, and finally return to work.

Many states like North Carolina, Washington, Texas, Arkansas, and Kentucky are already reopening businesses, and the number of new hospitalizations or new cases is accelerating once again, according to Morgan Stanley’s research.

Closed states, on the other hand, are trending downwards, the firm wrote.

Widespread protests have also erupted following the death of George Floyd, a black man, after Minneapolis police officer Derek Chauvin kneeled on his neck for nearly nine minutes while taking him into custody.

Some public health and government officials are worried those protests may contribute to further outbreaks, though Morgan Stanley’s doesn’t factor the protests or the reopening into its current model.

“As both the reopening and the protests are still ongoing, we would expect deviation from the model, but the magnitude is difficult to predict,” the researchers said.

Read more: Drugmakers are racing to find ways to treat the novel coronavirus by repurposing existing medications. Here’s what you need to know about remdesivir and 15 other leading treatments.

Several ongoing measures, including antibody treatments, could help mitigate another round of outbreaks spurred by a host of factors like colder weather, increased travel, and a ping-pong effect between the coasts and the middle of the country.

But the country’s break with efforts in Spain, France, Italy, Germany, China, and South Korea is undeniable. Their growth in new cases peaked in April or the beginning of May, followed by sharper declines, according to the report. Curves of new cases per capita in the US, Brazil, Sweden, Russia, and the UK are much longer and flatter, Morgan Stanley graphs show.