Home Markets McDonald's franchisees are taking matters into their own hands to fix the... 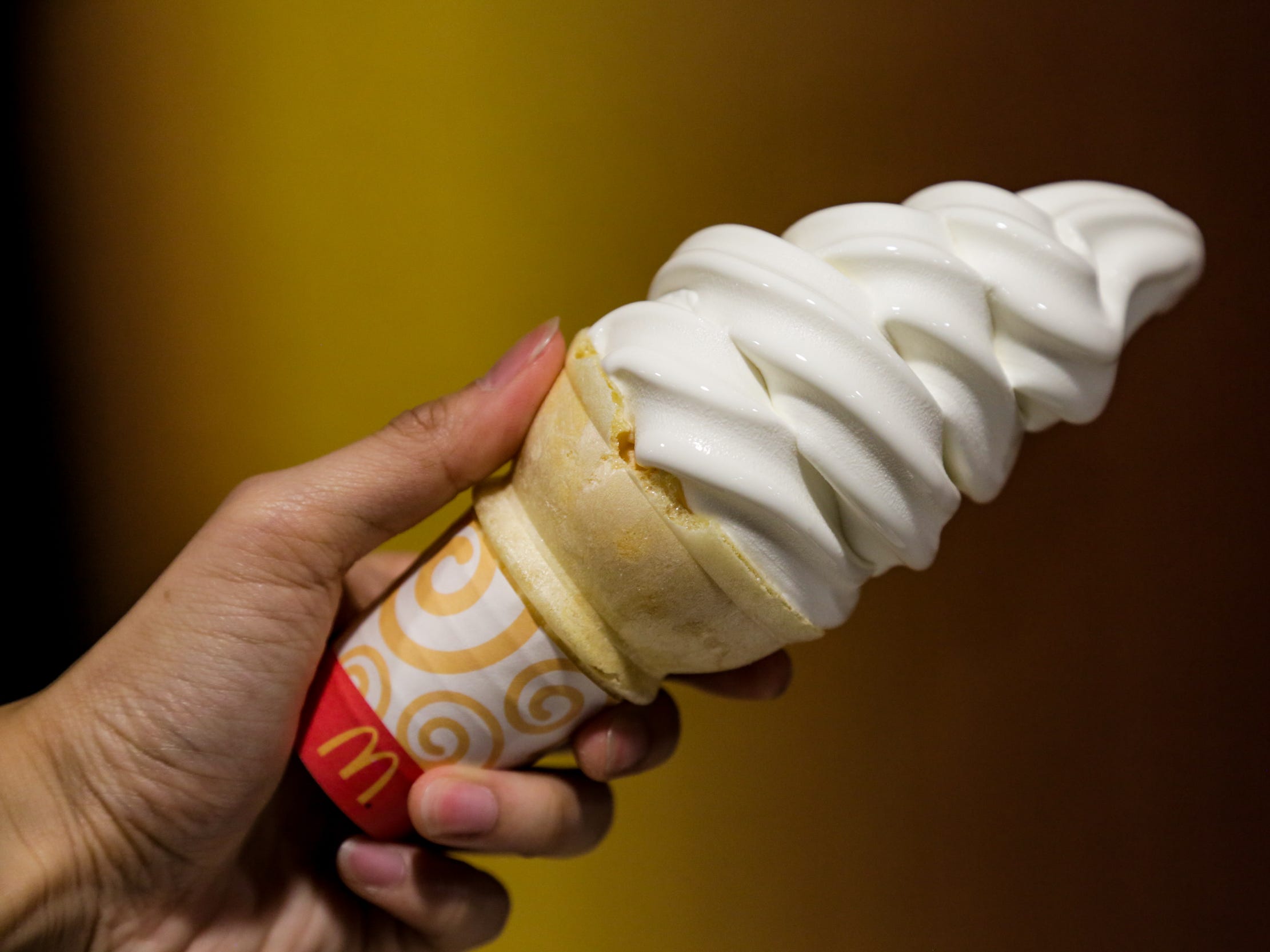 McDonald’s has been particularly notorious for its soft-serve machines not working.

McDonald’s customers have been complaining about the soft-serve machines in restaurants for years. Now, franchisees are taking matters into their own hands.

A new team made up of suppliers and franchisee owners is working on solutions to fix the notoriously broken soft-serve machines. The franchisee-led initiative will focus specifically on shake machine reliability in order to help customers order items that require these machines more often.

According to Gamble, whose announcement was captured in a video sent to conference attendees and shared with Business Insider, “no idea is off the table at all” when it comes to finding a solution to one of the chain’s most problematic menu items.

“I will not feel that my tenure as your equipment lead has been a success unless we find a way to ensure that McDonald’s is no longer the butt of the joke, even with their own social media team,” Gamble said, referring to the way McDonald’s often pokes fun at its own problem online.

In a statement, McDonald’s said it, “remains committed to providing a restaurant experience that our customers expect, and that includes being able to purchase the sweet treats they enjoy from our dessert menu. McDonald’s, our franchisees, and our suppliers are constantly working together on improving and enhancing the restaurant experience so that customers can enjoy McDonald’s food where and when they want it.”

McDonald’s and other quick-service restaurants (QSRs) are known to have frequent issues when it comes to their soft-serve machines. The problem is generally due to the mandatory automated cycle of heat cleaning that machines must undergo. This process can last up to four hours and can account for much of the machines’ downtime.

In 2017, one woman notably developed an app that told users whether soft-serve machines at their local McDonald’s locations were working or not.

More recently, a software company called Kytch has put out a device that corrects for human error and helps machine users understand details of the machine’s behavior. The technology, first introduced in May 2019, is already being used at some fast-food locations including McDonald’s and Burger King restaurants. And some franchisees say the device has changed their stores for the better.

For example, Kytch can detect if a machine is overfilled or underfilled, a seemingly simple error that can put a machine out of use for an additional three-to-four hours. Kytch picks up on mistakes like these and self-corrects them by alerting staff, thereby helping prevent an even lengthier shutdown period.

The technology has not been approved by McDonald’s corporate. But as Kytch cofounder Jeremy O’Sullivan previously noted, many innovations within McDonald’s, such as the drive thru and the Egg McMuffin, were grassroots innovations that began at the franchisee level.

“Now, this is no silver bullet,” Gamble said of Kytch during the NOA meeting. “But it’s my belief that the information it provides increases awareness and results in fast reaction times when a problem does occur.”

In 2017, McDonald’s announced that it would replace its soft-serve machines, but could not confirm any equipment updates as of February. But for Gamble as well as other franchisee owners, the soft-serve dilemma is not something that can be ignored any longer.

“We won’t stop until we get this right,” Gamble said.

GoFundMe for ‘harassed’ Holiday Inn employee receives over $84,000 in a day. See the...

Good morning, and welcome to our rolling coverage of the world economy, the financial markets, the...

Bringing Businesses Back After the Pandemic – NBC Los Angeles

As if it needs to be said, but for many businesses, the COVID-19 pandemic has been about survival, and many didn’t make it.  Now that more and more restrictions...

Rupee falls 18 paise to 73.53 against US dollar in early trade

The Indian rupee slumped 18 paise to 73.53 against the US dollar in opening trade on Tuesday tracking weak domestic equities and strong American...

Good morning, and welcome to our rolling coverage of the world economy, the financial markets, the...

Bringing Businesses Back After the Pandemic – NBC Los Angeles

As if it needs to be said, but for many businesses, the COVID-19 pandemic has been about survival, and many didn’t make it.  Now that more and more restrictions...